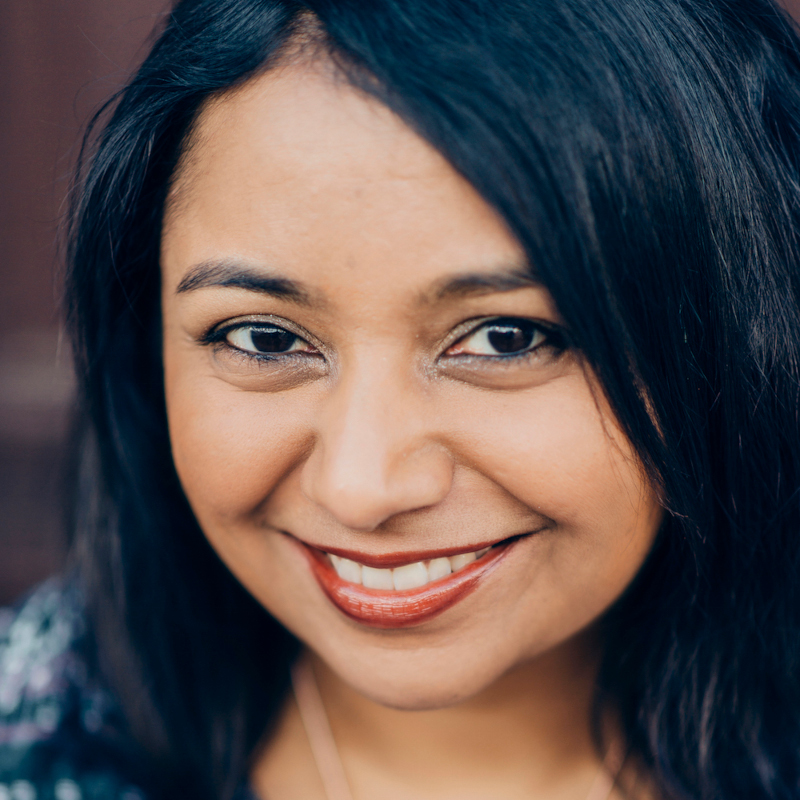 I was born in California and grew up in New Jersey in a multilingual Bengali household. Growing up, our house was filled with popular music in Bengali, Hindi, Urdu, and Punjabi, Curry Westerns and Golden Age Bollywood films, Bengali Art House Cinema, feminist Pakistani television serials, and recitations of Sanskrit poetry and Rabindra-sangeet whenever my extended family would get together and try to impress or outwit each other during āḍḍā sessions.

My family gave me a peak into how multicultural, multilingual, mirthful, and messy South Asian culture across languages, religions, nations, and the diaspora could be. They also loved British comedy, sketch shows like The Carol Burnett Show, and bumbling but persistent detectives like Columbo and Inspector Jacques Clouseau. It felt like every time I came home from college to visit my parents for a weekend, there would be an image of James Bond, Sharmila Tagore, Jackie Chan, Uttam Kumar, Edie Murphy, Shah Rukh Khan, or Lucille Ball gracing across their Saturday evening movie screen.

I grew up with all of these cultural touchstones but in middle school and high school, my best friend Tiffany, who is Chinese American, and I fell in love with Sailor Moon, Fushigi Yūgi, Cowboy Bebop, Inuyasha, and Hana Yori Dango among many, many famous and cheeky manga and anime stories. As high school students, we spent our weekends traveling to New York’s Chinatown from our suburban homes in Central Jersey to get a copy of the latest anime, J-pop record, dorama, or manga that everyone was talking about at the Elizabeth Center. It felt as if Japanese popular culture, film, and music did something similar to the matrix-like South Asian culture I was brought up in. From retelling the stories of ancient China to remixing Greek mythology, to imagining futuristic worlds infused with jazz architecture to centering strong, feminist protagonists, these popular Japanese shows and films gave us access to a world beyond the American binaries of good-and-evil, black-and-white, right-vs.-left. As a teenager, it was a relief and a release to find this multi-cultural, boundary-pushing Asian imagination.

And when I began my studies at Rutgers, this picture of a larger, more complicated world was something I was seeking. I had enrolled at Rutgers, New Brunswick because I had gotten into their Engineering and Honors Program, and my parents were willing to pay whatever tuition remained after my scholarship. But since I had taken several required classes for Engineering in high school from AP Physics and Calculus to AP History and English and passed all of them as an AP Scholar with Honor, it meant that I could fill my freshman year with as many elective courses that I desired. So I filled my schedule with English literature classes that I always had wanted to take (because I secretly wanted to be a writer), Japanese language and literature classes, and Cinema Studies courses (because I had taken a wonderful class with Harry Schultz in high school in which he deconstructed Annie Hall, Run Lola Run, and popular advertising in print and on film for us).

It was during my first year of college that I met Professor Al Nigrin and fell in love with the NJ Film Festival and Rutgers Co-op. I joined the Film Co-op during the end of my freshman year when I took Susan Martin-Marquez’s thought-provoking and memorable World Cinema II class in which we screened films like Akira Kurosawa’s Rashōman, Satyajit Ray’s Charulata, Ousmane Sembene’s Camp de Thiaroye, Djibril Diop Mambéty’s Touki Bouki, and Wong Kar-Wai’s Happy Together among many other classics of world cinema.

At the Film Co-op, I worked as a projectionist, usher, ticket clerk, public speaker, and judge of the United States Super 8 Film Festival. I started working at the Film Co-op regularly on weekends in the Fall of 2001 just as September 11th happened and affected so many students, faculty, and staff, many of whom had friends and family in New York at that time or had witnessed the destruction of the Twin Towers themselves from the “safe haven” of New Jersey. While I was still a teenager then, 9/11 proved to be a pivotal moment in my artistic practice and career trajectory. It seemed to me, at that time in all my worldly wisdom, that I would waste my life if I pursued Engineering and did not become the artist or intellectual I wanted to be while Rome was burning. Many years later, I finally wrote about what coming-of-age as a young adult during 9/11 really meant in my essay “Birth of Cool,” which went on to be a Notable Essay in the 2020 Best American Essays. This story about Rutgers, literature, my obsession with cool, and 9/11 became the opening to my new memoir and manifesto on how women keep their cool and foster a culture of female cool against social, sexual, and economic pressure post-9/11.

Some of my fondest memories at the Rutgers Film Co-op include watching Mulholland Drive with our exchange students from Japan (and my love interest at the time scolding me afterwards for showing our guests such a scandalous movie!!), and screening films like Meshes of the Afternoon, Bend It Like Beckham, Requiem for a Dream, Amélie, Kandhar, Un Chien Andalou, Potemkin, and Bowling for Columbine with our cadre of artists, filmmakers, and writers. One of the most unforgettable moments at the Rutgers Film Co-op happened when we were screening Lars von Trier’s Dancer in the Dark. I had helped with the ticket sales that night, so I snuck into the audience with my friends to watch the film. And being such a stoic person normally, I just remember that moment in the film when Björk’s character passes the point of no-return and I felt my cheeks wet with tears that I didn’t even realize I was shedding.

That’s how meeting Al Nigrin and working at the Rutgers Film Co-op felt to me: an epiphany, a discovery, a challenging of my worldview, a dance and entrance into an exciting new imagination.

I’ve carried my memories of the Rutgers Film Co-op with me over the years. They have helped me to interrogate the world and seek new perspectives and listen to new voices. In so many ways the Rutgers Film Co-op and New Jersey Film Festival created a meeting ground and a place of conversation in New Brunswick that was bohemian, unapologetically artistic and edgy, multicultural, and cognizant of the importance of historical contexts and new worldviews. I learned so much about how to be an artist, a citizen of the world, how to be curious and always a little punk from Professor Al Nigrin and the Rutgers Film Co-op. And those lessons and that style and that kind of clear-eyed coolness I’ll always carry with me.

Now I am an Assistant Professor of Creative Writing and Co-Director of the MFA in Creative Writing and Publishing program at the George Polk School of Communications at Long Island University Brooklyn. I am also a multi-genre writer and author of CREDO: An Anthology of Manifestos and Sourcebook for Creative Writing, Echo in Four Beats, the novella “A Night with Kali” in Approaching Footsteps, and Cracklers at Night. I graduated from Rutgers with a BA (Honors) in English (Honors) with a Concentration in Creative Writing and minors in Cinema Studies and Japanese, and I then went on to earn my MFA in Creative Writing from the University of Washington and my PhD in Comparative Literature from Harvard University. My work appears in Hunger Mountain, Isele, Nat. Brut., Poets & Writers, Academy of American Poets, Los Angeles Review of Books, Vermont Public Radio, and elsewhere. I am the co-writer and co-director of Burning Down the Louvre (2022), a documentary film about race, intimacy, and tribalism in the United States and in France. I am currently working on a novel about a Tami-Jewish family in crisis in a post-authoritarian regime. And I received a 2021-2022 Creation Grant from the Vermont Arts Council for my new memoir and manifesto on female cool, and one of the opening chapters of this memoir, “Birth of Cool” was a Notable Essay in the 2020 Best American Essays.

The film that I am co-writing and in post-production for is called Burning Down the Louvre, which is a documentary on race, intimacy, and tribalism in the United States and in France.

In Burning Down the Louvre, shortly before the November 2015 terrorist attacks, David Shields, who is Jewish, and Rita Banerjee, who is Bengali, come to Paris to try to understand the current American racial cataclysm from a French perspective (as so many African-American artists and intellectuals have done for at least a century). But in the city of liberté, egalité, fraternité, Shields and Banerjee discuss skin color, class, gender, privilege, and art, and discover that they disagree about everything. They can’t seem to advance the conversation.

Profoundly antagonistic toward each other, they turn their focus to Barbès, a neighborhood in the northern quadrant of Paris populated mainly by Africans and Muslims. Wandering the streets, David and Rita interview locals, seeking insight. Instead they hear mainly received wisdom: “Nothing changes; we evolve a bit and we fall a bit,” says one young man, in a fit of anger and resignation. “I am not a victim of racism, no,” says a woman wearing a leopard-print shirt and pushing a stroller; “everyone has treated me well in France, whether white or black or red or yellow.” There’s hypocrisy in France, but racism in the U.S. is more “barbaric,” says a middle-aged man, his head shaved smooth and shiny, a silver necklace shiny at his throat. A few weeks later come the Paris bombings, and it’s impossible to deny that even in France, a safe haven of sorts for African-Americans since the Louisiana Purchase, there is something profoundly wrong. We human beings do not seem to know how to coexist.

After filming in Paris, David and Rita weave archival material into the fabric of the story: Foucault and Chomsky arguing (because they seem like archetypes of David and Rita); Yuval Noah Harari defending his controversial theory of race based on genetic coding; scenes from Indian art house film; and installments of an interview with political theorist Hannah Arendt. “I love only my friends, and I’m incapable of any other kind of love,” says Arendt, a German Jew who lived through the Second World War and distrusted groups and collectives of any kind (she had a life-long correspondence and relationship with the German philosopher Martin Heidegger, an unapologetic active member of the Nazi party).

It is Arendt’s philosophy of intimacy and friendship that this movie celebrates and catalyzes around: Back in the States, David and Rita seek the counsel of renowned documentary filmmaker Guy Maddin about their rough cut, now entitled Burning Down the Louvre (Apollinaire: “The only way for French art to move forward is for us to first burn down the Louvre”), but Maddin believes that the film’s real subject is David and Rita’s thwarted “romance.” At the end of the film, David and Rita finally connect; it’s not sexual, but it is curiosity-filled, empathy-filled, love-filled. That is what the film is driving toward—this insight—the scariness of two people actually connecting. Rita and David learn that the space between any two people is the source of all hate and all love.

You can read more about my writing, teaching, and film projects at ritabanerjee.com or by following me @Rita_Banerjee!