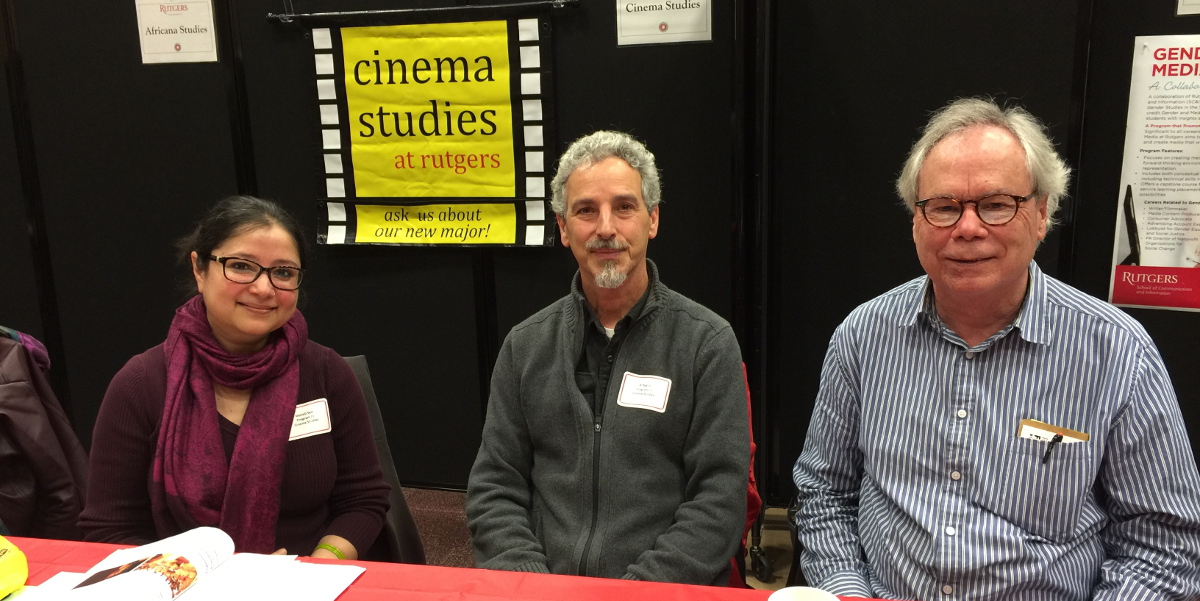 Cinema Studies is delighted to offer students both a MAJOR and a MINOR. Scroll down for links to more information.

Cinema Studies students gain an understanding of the technical aspects of filmmaking; learn about the historical development of the film medium from the earliest days of silent cinema to the most recent advances in digital production; study questions of narrative and genre; and explore the relationship between culture, politics, and moving image media, through the analysis of films produced around the globe and across more than a century. Cinema Studies courses enable students to hone their analytical, communication and writing skills, in preparation for a broad variety of professional and educational pursuits after graduation. Cinema Studies majors and minors will be especially well prepared for an ever-expanding range of twenty-first century jobs, for which visual literacy is an essential skill.

Many Cinema Studies graduates successfully pursue careers in film education, criticism, production, and distribution. While they are enrolled at Rutgers, Cinema Studies students may undertake internships on campus with the Rutgers Film Co-op/NJMAC, which presents three nationally recognized film festivals (the New Jersey Film Festival, the New Jersey International Film Festival, and the United States Super 8 Film and Digital Video Festival). They may also intern with New York City-based film production and distribution companies, or with film festivals such as the Tribeca Film Festival or the Margaret Mead Film Festival. A significant number of our students are involved in filmmaking, writing their own scripts and shooting their own films, as well as working on independent and industry films in the area. The new major also offers a track in Production and Criticism for students who are interested in combining filmmaking and film analysis.