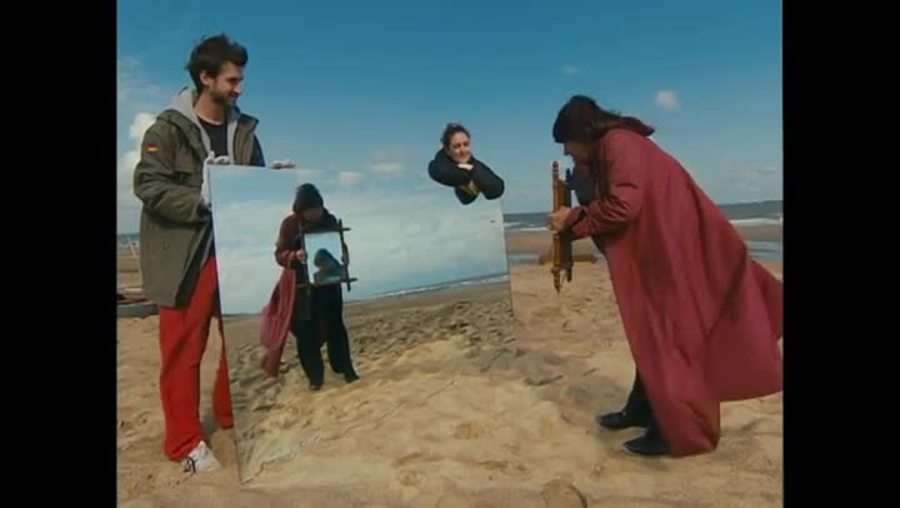 Congratulations to Will Pagdatoon on his receipt of the prestigious Henry Rutgers Scholar Award for his Senior Honors thesis, “Gazing Upon Varda’s Cinécriture: Rewriting Patriarchal Cinema Towards a Feminist Cinema.” Will graduated this May from the School of Arts and Sciences as a Cinema Studies major. Working with Professor Sandy Flitterman-Lewis in the English Department as well as the Program in Cinema Studies, Will’s thesis examined the work of filmmaker Agnès Varda (1928-2019). Varda was the sole female filmmaker associated with the French New Wave of the 1960s, and one of the most significant filmmakers in world cinema more generally. She was the recipient of numerous awards, including a 2017 Honorary Award from the Academy of Motion Pictures Arts and Sciences and was nominated that same year for Best Documentary for Faces Places (2017).

In his thesis, Pagdatoon disentangles Varda’s style, which she called cinécriture, or “cinematic-writing,” to argue that it embraces paradox and contradiction in service of a particularly feminist approach to filmmaking. Pagdatoon analyzes Varda’s cinematic feminism at the level of content and form. On the one hand, Varda’s inclusion of multi-faceted female characters in films such as Cléo from 5 to 7 (1961), Vagabond (1985), and the autobiographical documentary The Beaches of Agnès (2008) open up new horizons of female desire and agency. On the other hand, Varda’s unique style critiques the patriarchal dimensions implicit in more conventional filmmaking. Pagdatoon ultimately argues that Varda’s cinécriture constitutes a politics of unity and parity for filmmakers and audiences alike.

Will's thesis advisor, Professor Sandy Flitterman-Lewis, is one of the world's foremost scholars on Varda. Her book To Desire Differently: Feminism and French Cinema (New York: Columbia University Press, 1996; originally published in 1990) was the first sustained examination of Varda’s career in English and has proved foundational for subsequent work on her in the field. Flitterman-Lewis says “Will has literally reinvented the feminist discourse on the gaze, choosing original perspectives on the traditional readings of each film, and inserting them into a complex argument about a feminist transformation of the cinematic gaze.” Moreover, she extols the thesis as "a comprehensive, original, and illuminating study of one of our era’s most important directors, and as such it is a dynamic and excellent contribution to our field."

The Henry Rutgers Scholar Award recognizes graduating seniors who have completed outstanding independent research projects leading to a thesis in their major field of study or interdisciplinary thesis. The awards are offered across all departments of the School of Arts and Sciences, representing the highest achievements of the students. The Program in Cinema Studies is very proud of Will Pagdatoon’s achievements.