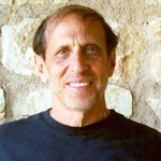 Michael Rockland is Professor of American Studies at Rutgers and the author of thirteen books. His film experience includes writing the script for and acting in the PBS film Three Days on Big City Waters, in which he plays one of two adventurous Rutgers professors who decide to canoe to Manhattan island starting out in little streams in Central New Jersey and ending up in the ruins of Ellis Island, where the climactic scenes of the film take place. Professor Rockland was also the cultural commentator for three years on PBS's New Jersey Nightly News, producing a multitude of mini-documentaries for that show. He has also been peripherally involved in the making of two major Hollywood films: his son, Jeffrey, played the part of the little boy, Sasha, in Dr. Zhivago, and his home in Morristown was the principal set for the Meryl Streep-Renee Zellwegger-William Hurt movie One True Thing. Professor Rockland also teaches the course "The Nexus of Film and Literature" (focusing on issues of adaptation) as a senior seminar principally for majors in American Studies but open as well to Cinema Studies students.